All eyes are glued on Bollywood filmmaker Karan Johar as the latest season 7 of Koffee with Karan opening sequence streamed with top stars in a fabulous youth format. The awe-inspiring opening sequence and show set has been creatively directed by Chennai-based renowned agency – Whoa Mama Design

Chennai, September 20: Engaging audiences in a slick, never-seen-before, entertaining youth format is what Bollywood filmmaker and show host Karan Johar pulled off with the opening sequence of Koffee with Karan Season 7 on national television. Looking for a fresh, new approach to the opening sequence made Karan Johar’s team turn down South for creative direction. This task was successfully undertaken by Chennai-based renowned agency Whoa Mama Design.

Excited about the show project, Anek Ahuja, Co-Founder and Business Head of Whoa Mama Design, reveals some inside news, “Karan Johar gave us a concept as a starting point for the film, and from there, we fleshed it out into a kick-ass script that Karan was also happy to have as an opening sequence to the Koffee with Karan Season 7. In fact, to begin with, we were pleasantly surprised when Karan Johar’s team members, including Aneesha Baig, Jahnvi Obhan and Snehal Ahire, reached out to us based on the work they had seen on our agency’s official website. It was a first for us, and we have been very involved and hands-on about this project.” Shaun D’sa, Co-Founder & Creative Head, Whoa Mama Design agency, revealed the design process. He said, “Karan Johar is a natural and shooting with him was a pleasure. On the day of the shoot, we required less than a few hours for him to nail every single micro-expression and look. With his performance coupled with the right mix of stylists, models and crew, we created a super stylish opening sequence that rightly captures the flavour of Koffee with Karan. To get the nitty-gritty details right, we spent a lot of time with our director, Rohit Prabhu, planning and conceptualizing everything from the flow of the set to the choreography of the sequence. While the script in itself was simple – it was just an almost seamless shot of Karan rolling up to the red carpet in a fancy car and interacting with his peers, friends and other celebrities on red carpet in his customary style – we had to create an aura of the excitement, hype, gossip, fashion and style that is synonymous with the show.”

As audiences ask for more and more from this iconic show, Koffee with Karan, Seasons 7 is back with a youthful bang. The title sequence was conceptualized by Karan Johar, produced by Dharmatic Entertainment and creatively directed and shot by Chennai-based branding, communications and design agency – Whoa Mama Design. Starting from mood boards for set design – to planning the costumes – to hair and make-up looks, casting and auditioning, the entire project was ably helmed by Whoa Mama Design. The very first episode of the show created a buzz over social media. Interestingly, the last six seasons of this show were aired over a period of 17 years. While the stars on the talk show keep the audiences hooked, it is also the scintillating title sequence which gives a wow moment, and a peek into the fabulous lives of Bollywood actors, helmed by the star-maker himself, Karan Johar. 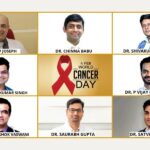 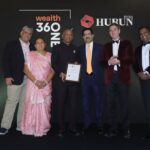 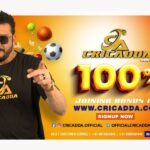 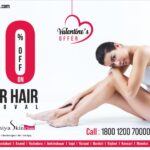 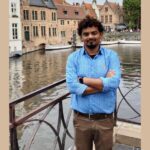