The movie will premiere on the channel on August 28th at 12:00 PM

Ranveer Singh has been impressing the audiences with his acting chops and star power since his debut, and Jayeshbhai Jordaar is definitely his most courageous film. “It was a novel experience for me to create a character that had a different take on the concept of ‘heroism’. Our story sheds light on an important social issue – female foeticide in India. I always wished the film to reach out to as many people as possible so that it’s able to communicate to them this very relevant message. I’m elated with the positive response that the film garnered on OTT, and I’m happy that the film will now connect to a larger audience during the World TV Premiere on August 28 at 12 PM on Star Gold. I’m really humbled by the love and praise I’ve received for my performance in the film, and I’m very glad that more people will now see the film when it comes on TV!” says Ranveer Singh.

Shalini Pandey, who plays his wife in the film, is delighted about the world television premiere of her first Hindi film. “Many people wondered why I chose to play a pregnant woman in my Bollywood debut, but I really liked my character, Mudra Patel. She is Jayesh’s wife. She is strong enough to stand up against the patriarchal society to keep her baby girl alive. I hope TV viewers enjoy it when it premieres on August 28 at noon on Star Gold,” she said.

“Jayeshbhai Jordaar is a hilarious satire on society’s obsession with the male child, delivered in the form of a family entertainer with a riot of emotions. Ranveer Singh is a marvellous artist who has displayed his virtuoso range in this movie. He is accompanied by Shalini – fresh new talent – in a movie helmed by Divyang – a debutant director. Hope TV viewers enjoy this joyous ride when it premieres on August 28th at noon on Star Gold,” says the film’s producer Maneesh Sharma.

“After finishing my story outline for Jayeshbhai Jordaar, I took a road trip through various villages, B-towns, and metros across our country. The trip was an endeavour to understand how patriarchy currently affects us at an individual level. I held conversations with various children, women, and men, and I’m deeply grateful to them for sharing their struggles and pouring their hearts out to an absolute stranger. Many of these people and places did not have access to movie theatres. With the exponential reach of the TV medium, I’m glad the film will find a way back to where it came from,” says debutant director Divyang Thakkar.

He adds, “I couldn’t have asked for a better setup to make my directorial debut. Starting with my producer and mentor, Maneesh Sharma, who backed me every step of the way, to the film’s wonderful cast – Ratna Pathak Shah, Boman Irani, Shalini Pandey, and none other than Ranveer Singh, who gave it his all to bring Jayesh to life. I’m grateful for all the love and discussions that have sparked after the OTT release, and I’m now excited for the families of our country at large to be entertained by ‘Jayeshbhai Jordaar’ on Aug 28 at noon on Star Gold.”

Directed by Divyang Thakkar, Jayeshbhai Jordaar will have its World TV Premiere on Star Gold on Aug 28 at 12 PM. 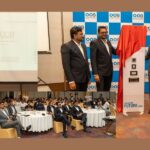 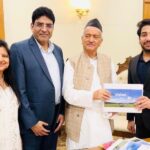 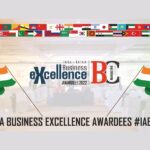 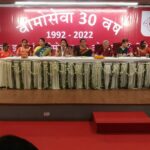 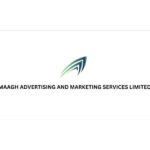